About the Library Katsina Exhibit

In August 2013, the Fred Jones Jr. Museum of Art loaned the University of Oklahoma Libraries 32 katsinam tihu, popularly known as kachina dolls, which are presently displayed across two large glass cases in the intersection of the halls on the main floor of Bizzell Memorial Library.

“Hopi people have used cultural materials like these carved tihu as a conduit to their traditional knowledge since time immemorial. These carvings represent knowledge about astronomy, meteorology and philosophy. They are particularly suited to presentation within an educational environment where students have access to the knowledge of the world. We appreciate the opportunity to share our museum collection hosted by Bizzell Memorial Library,” said heather ahtone, the James T. Bialac assistant curator of Native American and non-Western Art at the Fred Jones Jr. Museum.

The library's display is drawn from the James T. Bialac Native American Art Collection, donated to the Fred Jones Jr. Museum of Art, University of Oklahoma in 2010. This is one of the largest collections of contemporary Native American art in the country, which began in 1964 with the purchase of a single katsina tihu. In making his gift, Mr. Bialac requested that his collection be displayed so that as many people as possible have the opportunity to view and learn about these important works of Native American art.

The carvings were originally exhibited from August 2013-May 2014, and then reinstalled in October 2014.

The Carvings on Display 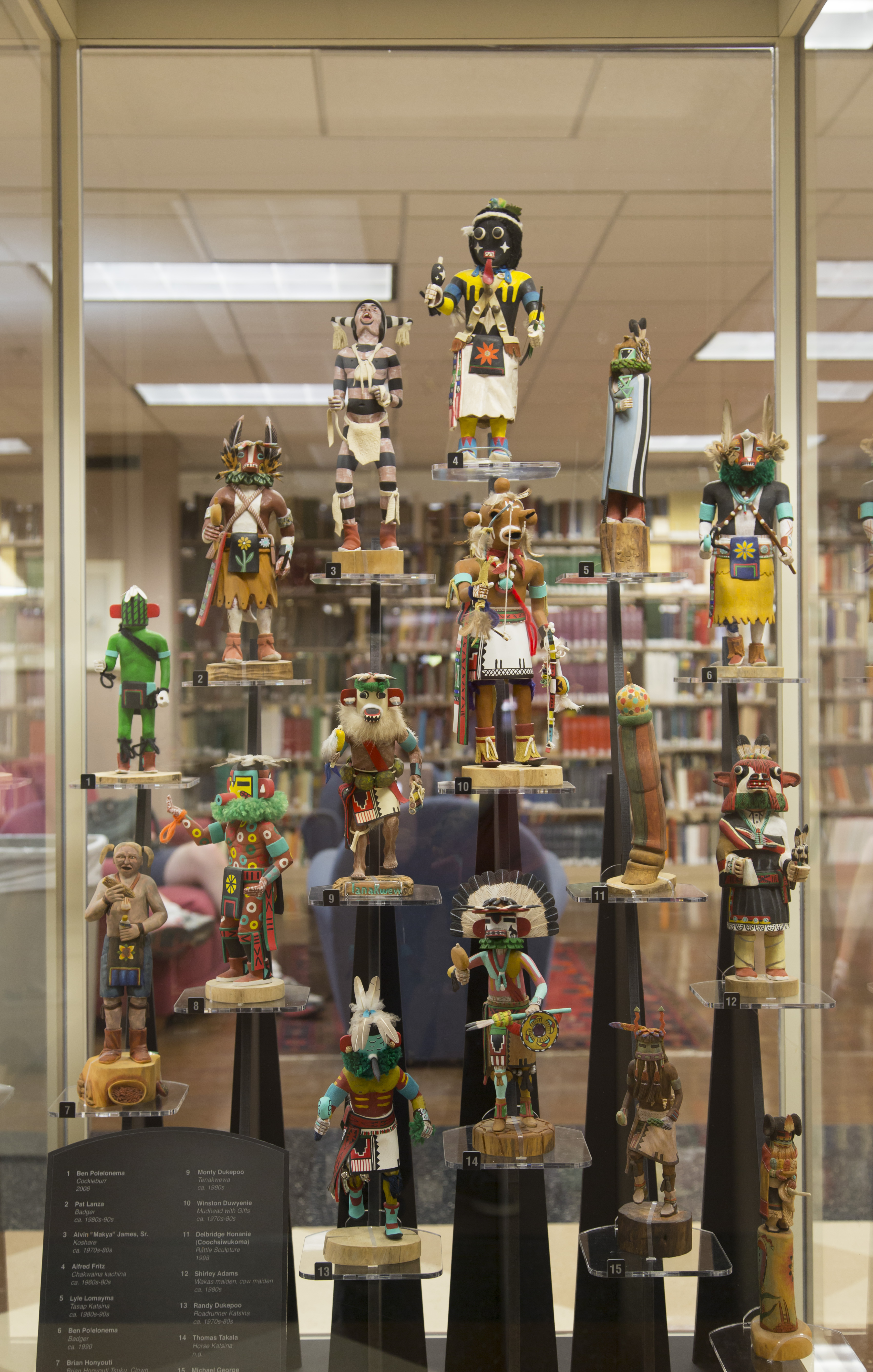 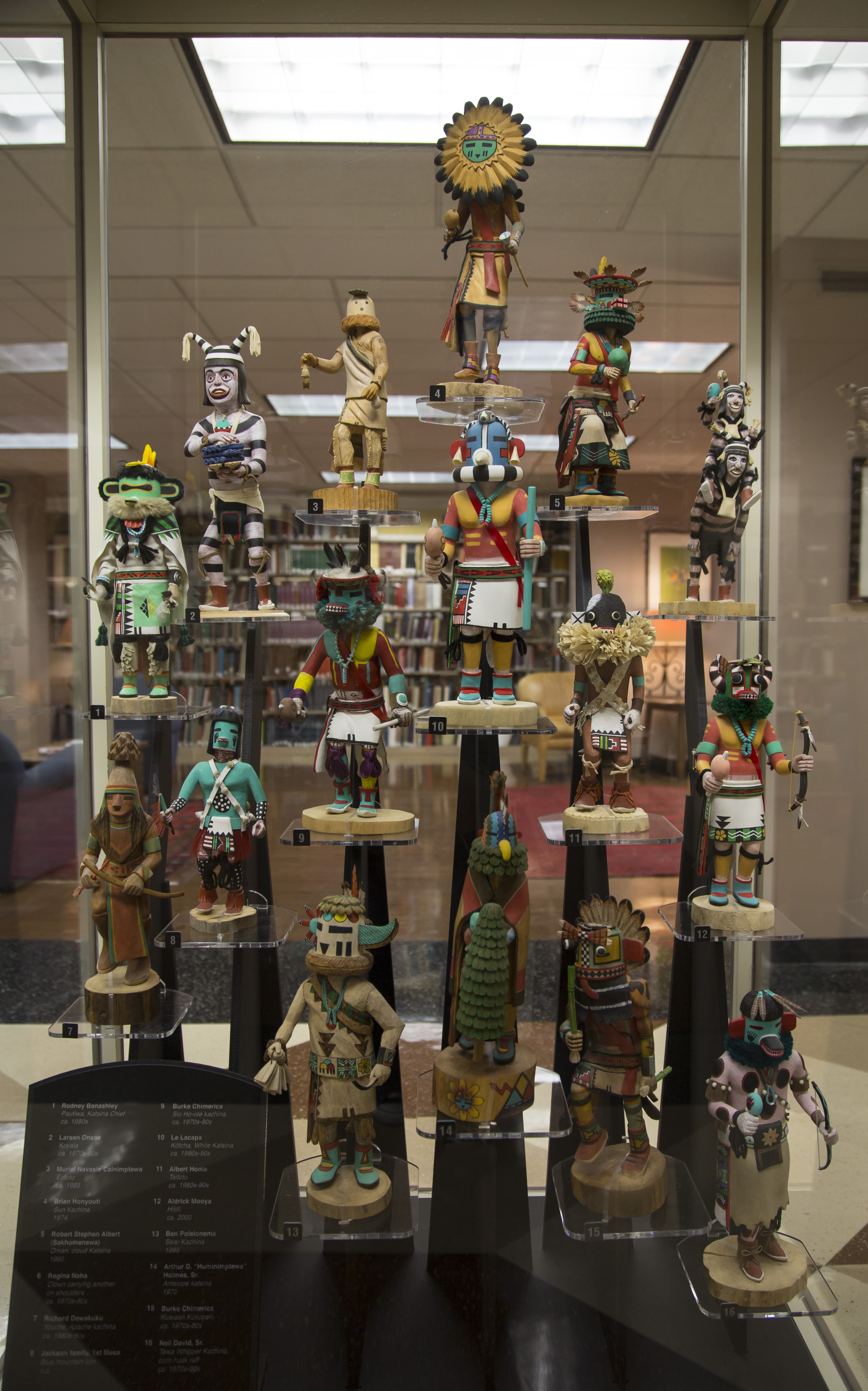