Native Times is an independent, native-owned news source based in Oklahoma. News posts include content written by Native Times contributors as well as Associated Press and other news sources.

Mvskoke Media aims to be the voice of the Mvskoke people by distributing information to the Muscogee (Creek) Nation through its newspaper, radio show, and TV broadcasts as well as graphic design and printing services.

American Indian and Alaska Native Documents in the Congressional Serial Set  1817-1899 - During the 19th century, the United States was engaged in an era of territorial expansion and addition of new states. The government entered into treaties with tribes, conducted wars with tribes, established reservations, relocated tribes, and determined rights to the lands and resources of the indigenous population. The Serial Set provides in-depth, detailed contemporaneous documentation of political, military, and governmental activities related to indigenous peoples of the continental United States and Alaskan territory. 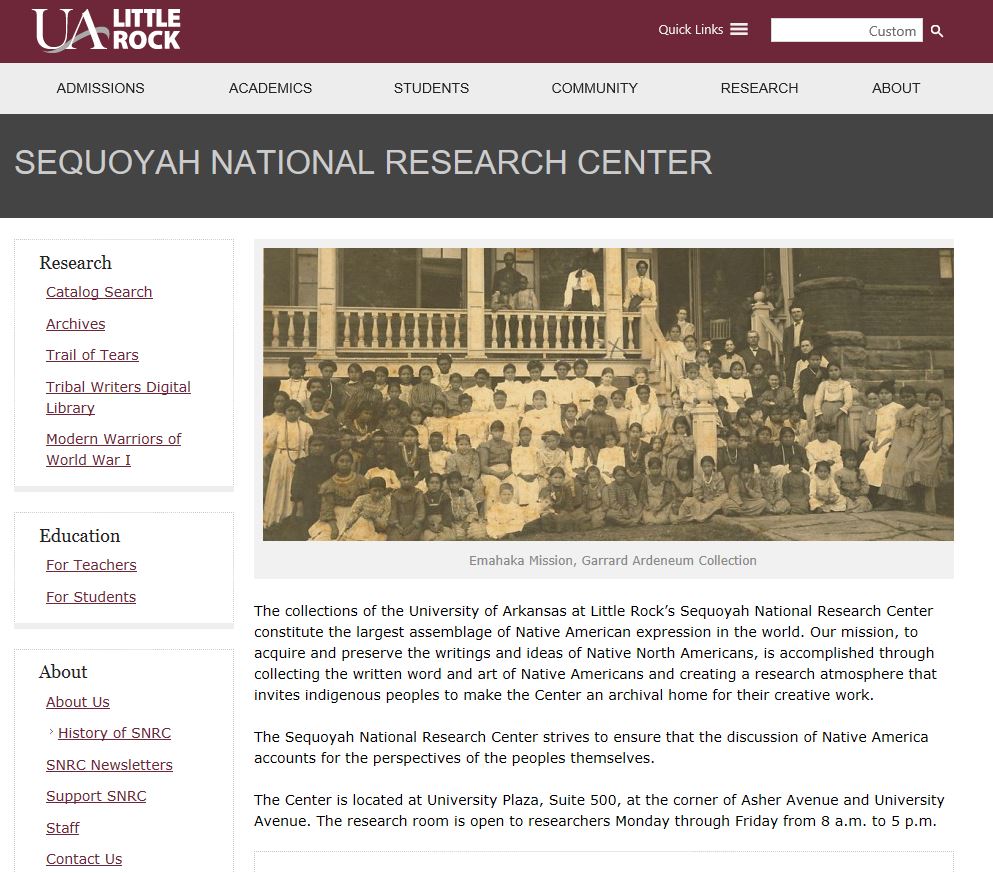 The Sequoyah National Research Center (SNRC) provides a collection of varying materials, including a collection of tribal newspapers. The Newsletters of the SNRC reflect the diversity of the materials available and the past and future activities of the Center.