Provides information about current and/or archived serials projects undertaken by the University of Oklahoma Libraries. 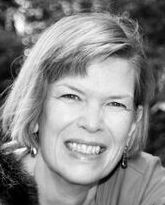 In recent years the OU Libraries has reduced its journal commitments as part of university administration-mandated permanent budget reductions or to redress budget imbalances which have limited the LIbraries' ability to acquire books and other one-time purchases. Commitments such as we have had with Elsevier, Wiley, and Springer are known as "Big Deals" and they have driven much of OU and the academic library community's purchasing decisions for over two decades.

What are Big Deals?

The Big Deal describes multiyear contracts in which a library purchases access to all or nearly all of a publisher's journals at a price based on the library's current subscription costs, and agrees to annual price increases fixed at the outset of the contract.

Why have libraries participated in Big Deals?

At the time they were developed, Big Deals were useful to libraries, allowing them to offer more content for a set cost, as opposed to a more limited content offering and no control over annual cost increases.

Why are libraries leaving Big Deals?

To learn more about national and OU budgetary trends, and to view information about similar journal projects at other institutions, see National Trends and OU Trends.