This guide is intended to provide resources to assist you in achieving a balanced personal as well as student/professional balance.

The University of Oklahoma and the OU College of Law values our students, alumni and faculty! If you need help, don't hesitate ask or to take advantage of the resources available to you.

In this special edition of OU Law's Digital Initiative, we will have a discussion about how to "detox" from the digital world.  Come learn tips, tricks and strategies for combating addictions to phones, laptops and other technology.

Michael Morgan, a former municipal judge for the City of Stillwater, began his political career in 1996 when he was elected as the Senator from Oklahoma’s District 21. Mike served as Chair of the Senate Appropriations Committee and in March 2005, he was elected as President Pro Tempore—the chief executive officer of the Senate. During his last two years in office, the upper chamber was tied with 24 Democrats and 24 Republicans for the first time in Oklahoma history. Mike’s leadership during this gridlock drew praise from leaders across the state.

In 2013, a jury sitting in the Western District of Oklahoma convicted Mike of one count of bribery. Following the appeal, Mike was resentenced to 18 months in the custody of the U.S. Bureau of Prisons. He served part of his sentence at Forrest City, Arkansas before he was transferred to the Oklahoma Halfway House and began working part-time for Cactus Drilling, LLC.

This is the story of his conviction, his time in prison, and how attorneys can avoid the appearance of impropriety in fee arrangements.

The health and well-being of our campus community is the University’s top priority. University and College of Law Administrators continue to carefully monitor the COVID-19 situation.

The most important precaution to take is being mindful of personal health by practicing good hygiene, such as washing hands frequently. Continue to follow guidance from the CDC and state and local health authorities and encourage everyone to take reasonable, common-sense measures to remain healthy.

Updates may also be posted via social media such as the OU College of Law Facebook Posts.

Opportunities for Physical Activity and Study

Have you tried out the Health and Wellness Area? A Collection of Health & Wellness Resources is also available in the Wellness Room (Room 2082) and is being expanded. Some of the titles in the collection are featured in this guide. An additional area containing a deskcise bike is located in Room 3102. (See map below) 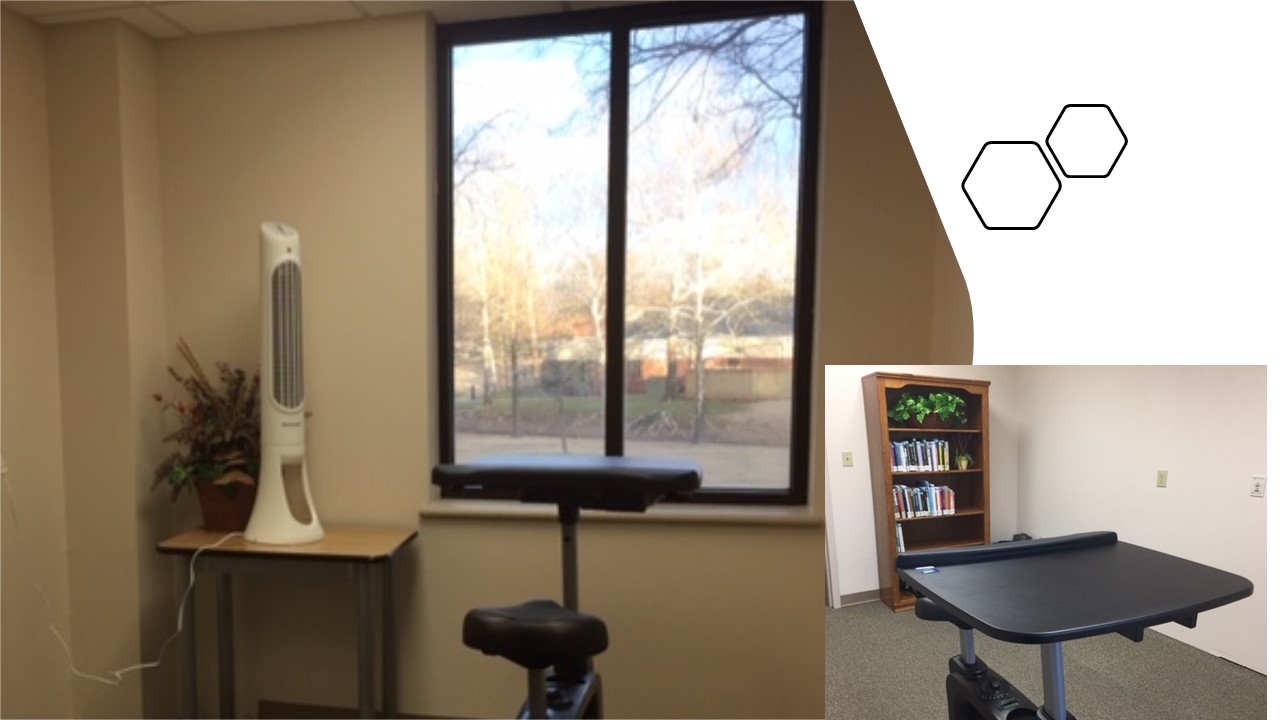 Take a break and play in VR. Go rockclimbing, spend some time fishing, or just sit back and enjoy a guided meditation - whatever you would like to destress! Click here to sign up. 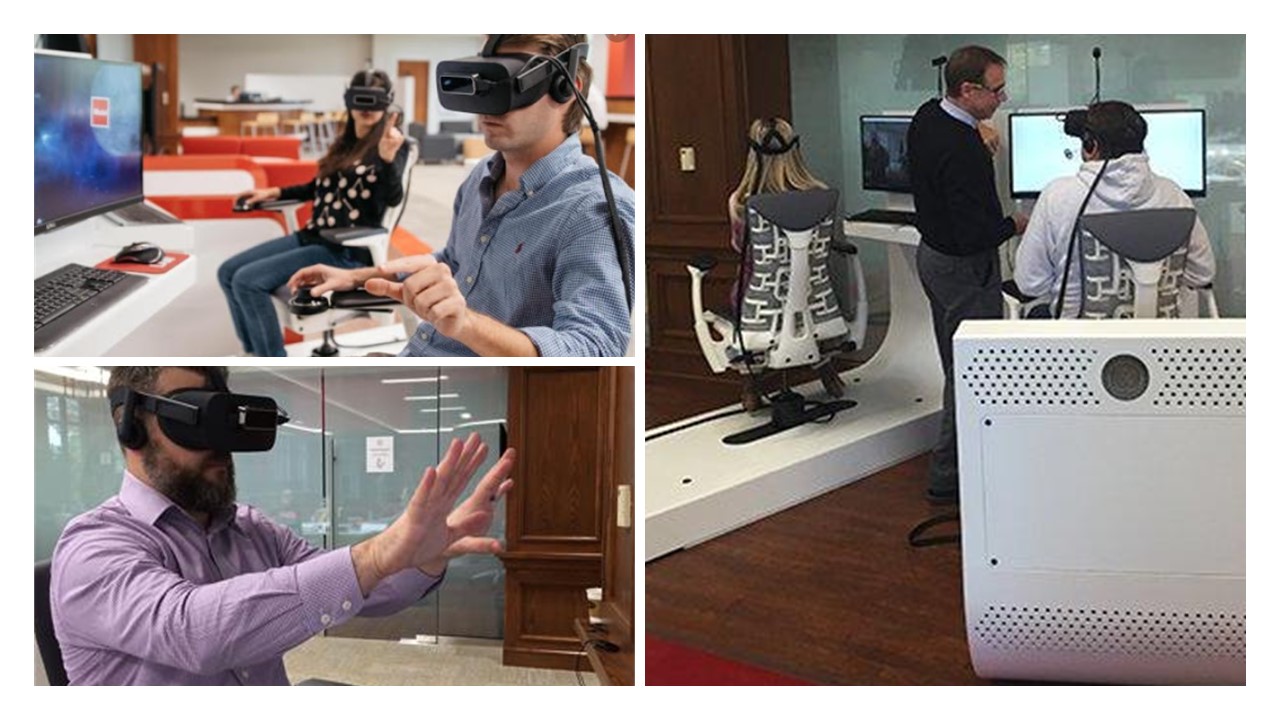 The center of the Stress Reliever Collection features a smiling face and the Oklahoma Bar Association's Lawyers Helping Lawyers Hotline (1-800-364-7886). 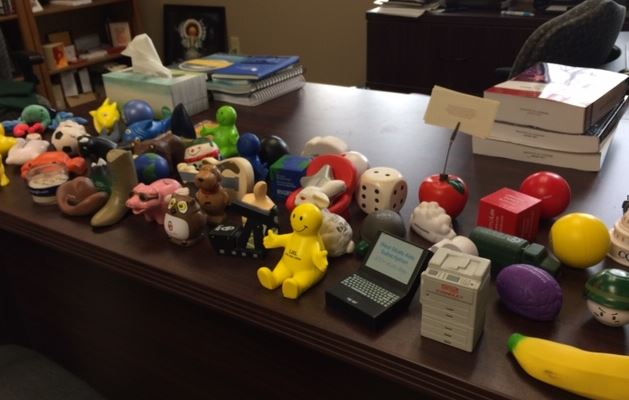 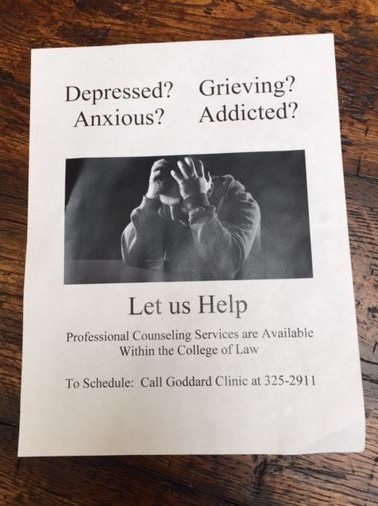 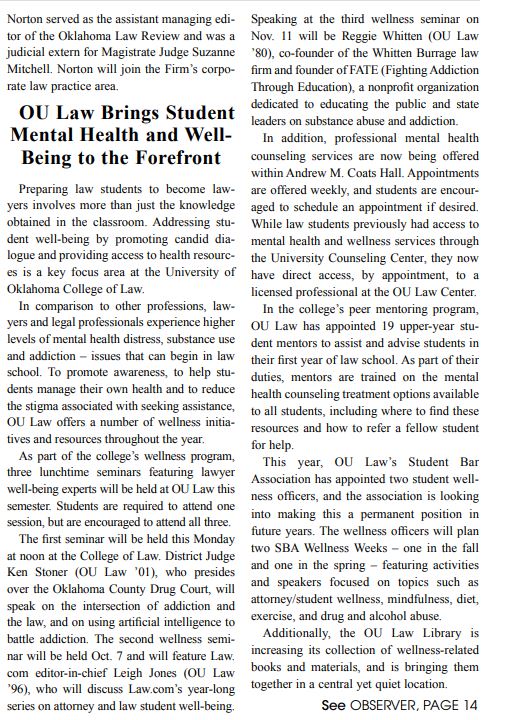