Acceptance rate. The percentage of total submissions that a scholarly or creative venue accepts for publication or inclusion. See fuzzy metrics.

ALMs. Abbreviation for article-level metrics, a category of altmetrics popularized by online scholarly sites such as Public Library of Science (PLOS).

Altmetrics. A set of methods based in the social web used to measure, track, and analyze scholarly output. Originally “alt-metrics,” altmetrics is one of the newest additions to the study of impact.

Bibliometrics. A set of quantitative methods used to measure, track, and analyze print-based scholarly literature; a field of research concerning the application of mathematical and statistical analysis to print-based scholarly literature. Sometimes defined as a branch of library science. The term bibliometrics was invented in the late 1960s as an update of statistical bibliography.

Citation. A formal reference that makes clear the influence of another work on a researcher’s new output. A citation should provide readers with all crucial information for identifying and locating the influencing work, often following a style guide’s conventions.

Cited half-life. A journal-level bibliometric that determines the median age of articles cited by a journal in the current JCR year. It is used to help researchers and librarians estimate how long a paper published by a specific journal will continue to by cited. See JCR.

Downloads. An online altmetric that refers to the number of times that an electronic item has been downloaded from a specific site. Most sites that provide download information do not provide identifying information about who has downloaded a work, although some sites limit downloads to affiliated users.

Eigenfactor score. A journal-level bibliometric that measures a scientific journal’s total importance. It is calculated by the number of times articles from a journal published in the last five years have been cited in a JCR year.

Favorites. An online altmetric that indicates the number of times that an online work, researcher, or entity has been marked as a “favorite” by users of a network, who are typically registered members. Like many altmetrics, favorites do not necessarily translate across different online networks due to differences in scope, categorization, and audience. See readers.

Fuzzy metrics. An informal term sometimes used to describe metrics based on data that is not directly drawn from usage or that lacks some element of precision relative to what it purports to measure. See acceptance rate as one example.

h-index. An author-level bibliometric that measures a researcher’s cumulative impact on his or her field based on the distribution of citations that he or she has received. Its formula considers both the number of articles a researcher has published to date and the number of citations received by each publication and uses these to determine a threshold (h) that only a certain number of metrics can be said to meet or pass over (also h). there are many variations on the h-index, each of which adjusts the citation count threshold in some way. Also known as the Hirsch index.

h5-index. A journal-level bibliometric that measures a journal’s impact using articles published by a journal within the last five years. See h-index.

i10-index. An author-level bibliometric developed by Google that is based on the number of articles published by the author that have been cited at least ten times to date.

Immediacy Index. A journal-level bibliometric that measures the average number of times a journal’s articles are cited during a single calendar year. This index helps give a sense of whether a journal is more or less likely to yield article citations quickly by publishing research of immediate interest and value.

Impact. The perceptible force or effect that one entity exerts on another. In scholarly circles, impact is the traceable influence that a scholarly entity has on other research in the discipline, although it may also include the influence exerted by individuals, institutions, publication venues, etc. and on entities beyond the immediate research community.

Impact factor. A journal-level bibliometric calculated by dividing the number of citations that a journal has received in a given JCR year by the total number of citable items published by the journal in the two previous years. It is calculated based on the citations indexed by the Science Citation Index and Social Sciences Citation Index, both of which are part of Clarivate Analytics’ Web of Science. See ISI and JCR.

Infometrics. The study of information from a quantitative perspective. An umbrella field that encompasses scientometrics, bibliometrics, and altmetrics. While the term is not commonly used, infometrics does appear in certain broad academic journals such as the Journal of Infometrics.

IR. An abbreviation for institutional repository. An IR is an institutionally sponsored online space that facilitates the collection and preservation of digital objects, typically for purposes of research. In many cases, IRs are managed by academic librarians, and thus can play a role in the library’s commitment to issues of open access and involvement in web-based metrics.

Metric. A standard of measurement. Metrics can be used only when the information is quantifiable and available.

Open access. A movement within the scholarly communication field that believes scholarly information should be made free online for end users to access, distribute, and modify so long as it is properly attributed. Because of its emphasis on online information and alternative publication models, open access is frequently seen as overlapping with the interests of altmetrics developers and users.

Readers. An online altmetric that indicates the number of users who have tagged an item as “read,” “reading,” or “to be read.” Readers is a good example of the difference between bibliometrics and altmetrics: Bibliometrics presumes that until a work has been cited, one cannot presume it has made an impact, while altmetrics suggests that the act of reading can itself be a form of impact. Similar to the “saves” metric employed by some online networks. See also favorites.

Scientometrics. The study of measuring and analyzing science using quantitative approaches. Because of the sciences’ strong citation culture, scientometrics is often seen as overlapping with bibliometrics. More recently, some overlap has also been recognized between scientometrics and newer impact fields like altmetrics.

SJR. An abbreviation for ScImago Journal Ranking, a journal-level metric alternative to the more traditional impact factor. SJR is based on citation data provided by the database vendor Scopus.

SNIP. An abbreviation for Source Normalized Impact per Paper, a journal-metric that helps researchers compare impact metrics across different academic subjects. SNIP works by calculating the ratio between a journal’s citation count per paper and the citation potential of a journal’s subject field.

Social web. (1) the collection of online spaces that help facilitate social relationships across the Internet; (2) the social relationships that drive the use of various online sites and tools. The social web is frequently used in connection with discussions of online interactive sites, including but not limited to social media, blog networks, and scholarly peer networks.

Times cited. An article-level bibliometric that measures the number of times an entity has been cited according to a given data source or sources. Times cited is classically applied to individual scholarly entities, such as journal articles, but can also refer to the number of times an author or a venue like an academic institution has been cited. Because it’s impossible to accurately trace all the ways, places, and methods an entity can be cited, times cited metrics must be considered, at best, minimal estimates.

Usage. The way(s) that something is used or instances of something being used. Within the altmetrics community, there is disagreement over what constitutes the valid “use” of a scholarly entity and how to differentiate between different types of usage captured by certain online tools.

Views. An online altmetric that counts the number of times users have viewed a specific entity’s online record; it generally represents the minimal threshold for online interaction. Because viewing an entity takes little commitment on the part of users, particularly if viewed only briefly, the views metric is most useful as an indicator of interest within a certain population or by the general public if not limited in access to one population.

Webometrics. The quantitative study of the construction and use of information uses on the World Wide Web. Today, webometrics has been largely overtaken by the more recent term altmetrics, although it still appears occasionally in the literature and in bibliometric circles. See altmetrics. 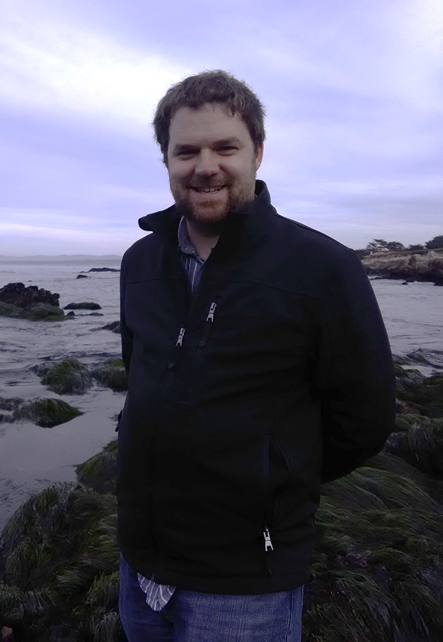